You are here: Home / All Recipes / Vegan Buttercream Frosting – Vanilla
Jump to Recipe

It’s super easy to make and perfect for all sorts of desserts, so I’m hoping you’ll bookmark this recipe for use whenever you’ve got a nice lil cakey in the oven! We’re talking about literally only three ingredients and I guarantee it’ll work every time!

How do I make vegan buttercream frosting!?

As always, the FULL RECIPE is at the bottom of the page – scroll on down if you’re in a hurry. If not, allow me to walk you through a little step by step!

Probably the most important step for this vegan buttercream frosting begins before you even start cooking – TAKE THE BUTTER OUT OF THE FRIDGE! That’s right – you NEED the vegan butter to be room temperature before you start working with it. If you’ve ever made vegan buttercream and it’s split or gone grainy, this is most likely the reason why. Get it nice and soft, then whack your vegan butter in the stand mixer and beat like crazy until smooth.

Any vegan butter will do but I like to stick to softer options like Stork or Naturli for this recipe.

It’s essential to sieve your icing sugar (aka confectioners sugar) before adding to the softened butter, so do this first. Then you’re going to add little by little to the vegan buttercream frosting, beating between additions. This again stops the buttercream from splitting or becoming grainy.

If you can access decent vanilla bean paste, this is my top pick for this recipe. You’ll get those gorgeous little flecks of vanilla seeds in the buttercream this way. Otherwise, a decent vanilla extract is also great! Just beat the vanilla through and hey presto! You have your buttercream!

You’re now set for applying your vegan buttercream frosting to anything, in any way you like, such as my vegan Victoria sponge cake! You can also use this recipe for my vegan jam filled cupcakes! If you’re more of a chocolate fan, you can find my chocolate version of this buttercream here! And finally you can find my vegan cream cheese frosting here! I like to pipe my buttercream which means transferring to an icing bag. The buttercream pipes best at room temperature but stores best in the fridge, so keep this in mind.

I really hope you love this vegan buttercream frosting recipe as much as I do. Hey, guess what, if you DO love this recipe, you can leave me a five star review below (just under the photo in my recipe). You can also leave a comment, which will really help me improve this recipe!

Also, if you make my vegan buttercream recipe, be sure to tag me on instagram so I can see what you’ve made. THANK YOU LOVE YOU!

- Make sure your vegan butter is at room temperature. The best vegan butter for this recipe is the kind which comes in a block. If you can't find that one, use a vegan margarine instead. I like to take my vegan butter out of the fridge at least an hour before making this recipe. If not, the butter tends to split and curdle on contact with the icing sugar.

- Many icing sugars (or confectioners sugar in the US) are vegan but some arent. They occasionally use bone char as an anti-caking agent in certain brands. It's important to check the brand you use online before purchase.

- Not all vanilla flavourings are created equal. Use real vanilla seeds or vanilla bean paste if you can. If you can't get hold of these (as they're crazy expensive) use vanilla extract instead. Vanilla essence is a no-go. This is truly an imposter product! It's completely synthetic and contains no actual vanilla. Remember, vanilla is the only flavour we're adding to this recipe so it's important to use a good one if you possibly can.

- Don't try to use refrigerated vegan buttercream frosting in a piping bag. It'll be too firm and may cause the bag to rip.

Weirdly, this nutrition data looks rather odd to me and I can't figure out why. Ive recently switched to a different recipe hosting plugin which gives me less control over nutrition information, so while I figure out what's going on here, please take these figures with a HUGE pinch of salt. 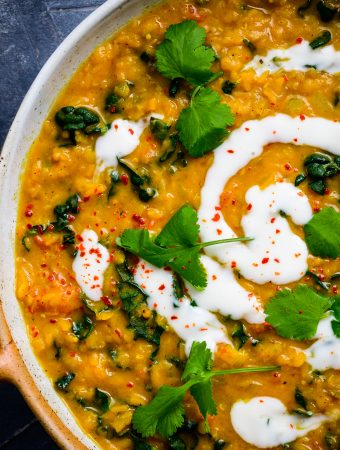