You are here: Home / Snacks / Vegan Hot Cross Buns with Cardamom and Rum
Jump to Recipe

If you’ve been here a while you’ll probably know that I’m obsessed with cardamom, and where better to stick my favourite spice than inside a hot cross bun!!? Oh and rum! Lots of rum!

These guys hold a very sacred place in my food memories. Since I was a kid we’ve eaten hot cross buns in some form every year of my life. Although I’m from a rather atheist family, it became ritual to eat these guys around Easter and traditionally I believe they were eaten on good Friday.

When I was a kid, we’d always spend Easter at our caravan on a little island off the north coast of wales named Anglesey. I have such vivid memories of waking up to the smell of mum toasting (and sometimes burning) hot cross buns under the (very temperamental) caravan grill. It 100% didn’t matter that they were sometimes a little “over-browned” because they were just so special.

As a vegan, hot cross buns became even more special. The good ones are usually made with eggs, butter AND milk, so they’re definitely not vegan friendly (although recently some supermarkets have started making fairly decent vegan alternatives). This is why it’s been my mission to make these guys for so long!

What is a vegan hot cross bun?

Hot cross buns are essentially an enriched bread dough bun, packed with spices and fruit. Before baking, a simple white cross is piped on top of the bun (traditionally to symbolise the crucifixion). They’re lightly sweetened with sugar but mostly the sweetness comes from the fruit which is kneaded into the dough before shaping the buns.

They can be eaten fresh from the oven when warm and soft, or sliced in half and toasted! Traditionally they’d be made with butter, eggs and milk, but here’s how we’re going to transform hot cross buns into VEGAN hot cross buns.

What makes them vegan?

The roll of eggs in this recipe is to add fat (from the yolks) moisture and to bind the dough together. Instead of eggs we’re using psyllium husks, or alternatively linseed/chia seed if you don’t have any to hand. When mixed with water, psyllium husks/linseed/chia seeds form a sort of jelly like texture, very similar to egg white. The water helps to add moisture to the mix and the jelly-like substance helps to bind the mixture together.

I like to grind my psyllium husks/seeds before using as an egg replacer. I find they’re much more effective this way and the texture is much finer in the final product. If using psyllium husks, just be sure to really beat the thickened psyllium mixture into the dough REALLY well. Psyllium loves to clump together, so be sure it’s evenly incorporated before moving on!

This is a rather obvious one but just a few tips. When making vegan hot cross buns, we have to account for the extra fat which would otherwise have been introduced by the eggs – this is an enriched dough after all. One way to solve this problem is to ensure you’re using full-fat plant milk.

I like to use either soy or oat milk for this recipe, wherever possible. IF you can find it, I’d recommend using a “barista” variety, since they’re usually relatively high in fat content.

Again, this seems like a rather obvious substitution, but it’s important to note one thing. Try to make sure your vegan butter/margarine is completely melted before adding it to the mixture. It will incorporate much more easily this way.

Both vegan block style butters and vegan margarines work well in this recipe, so don’t worry too much about which one you use.

You’ve come to the right place! Why not try some of these bad boys out!

Oh, and keep in mind

For the Cross Mixture

To Make the Buns

To Make the Cross Mixture

To Make the Glaze 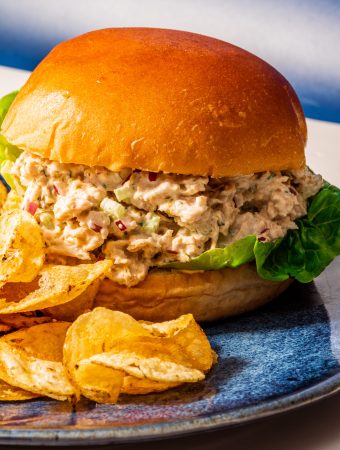